Published June 20, 2015
Normally, I do each of these posts from my hotel room. But the B&B I stayed at had no Internet so I had to do this entire entry at dinner! 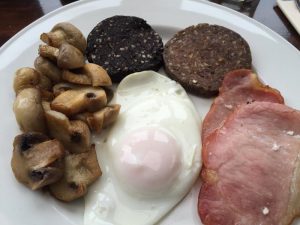 Breakfast – the patty on the right is haggis and it was yummy!!! 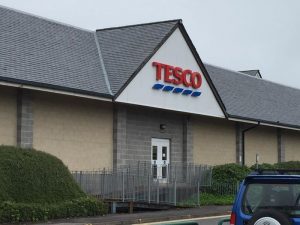 First thing I did was stock up today: An umbrella, A coat, Batteries, and some Ibuprofen 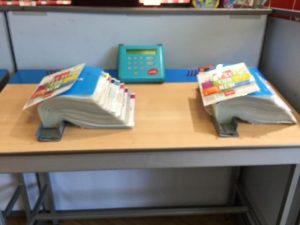 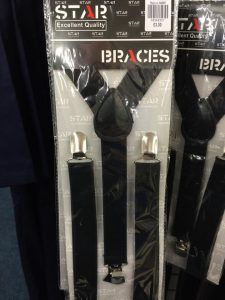 Didn’t get the braces just liked the picture… because the called them braces! 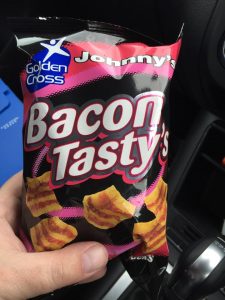 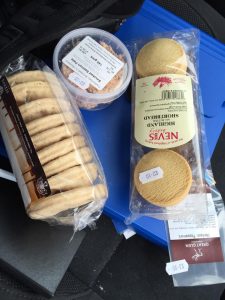 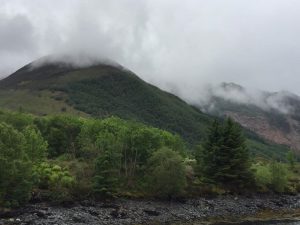 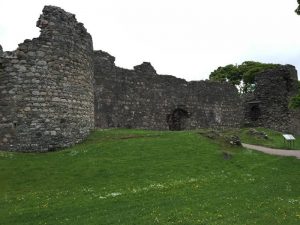 This was right there on the way to Ben Nevis, but not on my original list. Castle #14 – Inverlochy Castle. 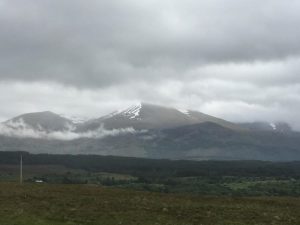 Ben Nevis Range. This is the tallest mountain in the UK! Nature #2 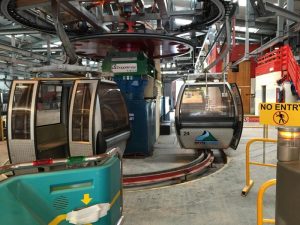 At the Ben Nevis Gondola Station. 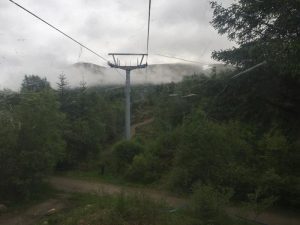 You can take a Gondola about half way up the mountain. It was described to me as a proper James Bond gondola. It was awesome and I was alone in my own gondola. About 15 min up and 15 down. It was really weird when I went through the fog! 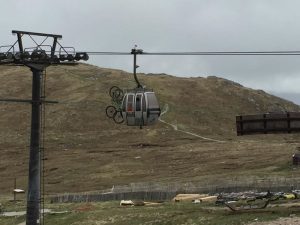 People were taking their bikes up the mountain. 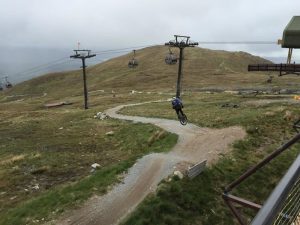 Because there is a crazy crazy dirt bike path all the way down!!! 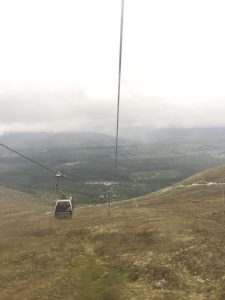 I went down via the gondola. 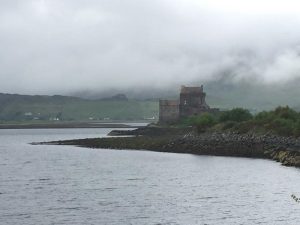 They claim that this is the most photographed thing in Scotland! I hate these types of boasts. It is silly. 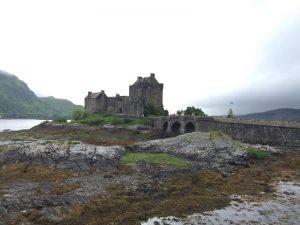 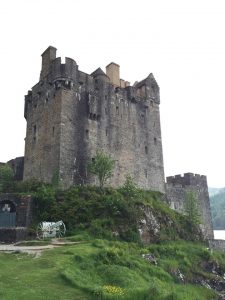 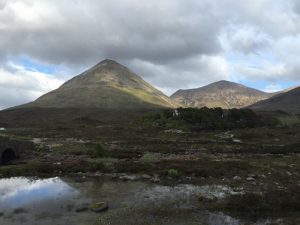 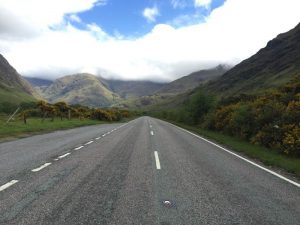 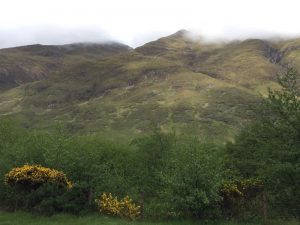 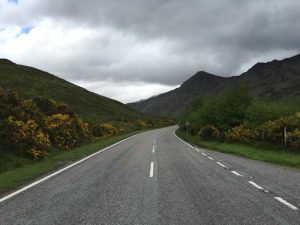 The Highlands – Nature #4
So it’s getting late and I am racing across the Isle of Skye trying to find a place to stay – nothing. Every place is booked and I keep heading deeper into the island.  At a hotel (with no rooms) I am told that the last city (where the castle I am going to in the morning) has 3 hotels.  The man tells me this and then warms me “Don’t stay at The Mysti Isle”. I told him beggars can’t be choosers and he told me it would be better if I slept in the car. I laughed. 20 miles later I am at a B&B that has just sold their last room and the owner of the B&B also mentioned the 3 hotels and says to avoid The Mysti Isle. To told him I am running out of places to look and he said “If I saw you going in there I would call the police” then he laughed and with dead serious look said “If you stay at The Mysti Isle you leave with more than you came with.”
I found a B&B.
2018 Update: I’m telling you it was downright spooky. When I re-read this now, you are probably all thinking bedbugs. But it seemed a lot more haunted the way that everyone was warning me! 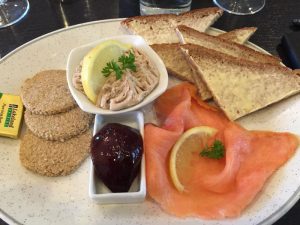 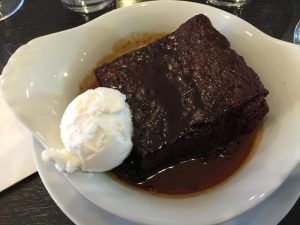 Last pictures for the night and a shout-out to the Waterside Cafe Bistro for letting me use their WiFi and making me an awesome dinner and more sticky toffee pudding.  A friend and I once had an idea about cheesing it around France – now I am sticky pudding-ing it around Scotland.
Scotland 2015 Totals
Days: 6
Prints: 3
Castles: 15
Churches: 5
Historic: 4
Nature: 4
Prehistoric: 3
Map Day 6: North Connell to The Isle of Skye 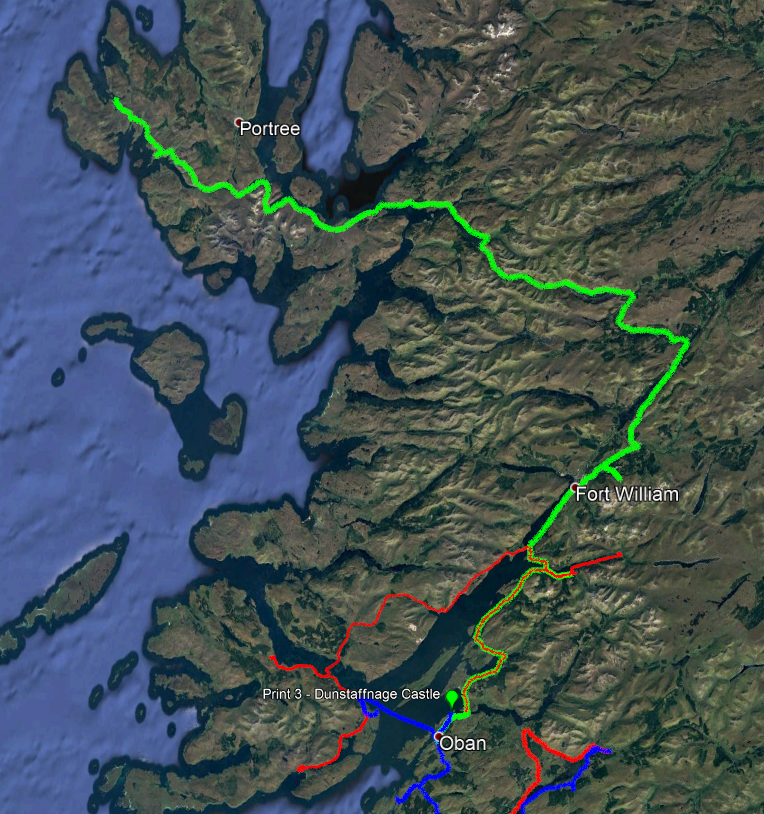 Next: Day 7 from The Isle of Skye to Loch a Charnain
Posted in Scotland2015