Published July 2, 2015
Today is going to be a real challenge. Two of the places I want to see require ferries to get to them and they make you stay there for a while. So here I am trying to hurry up and I am being slowed down! 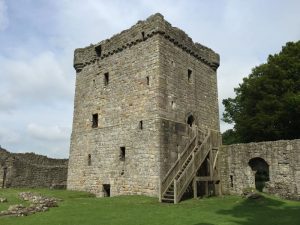 How could I miss Loch Leven Castle? Castle #56 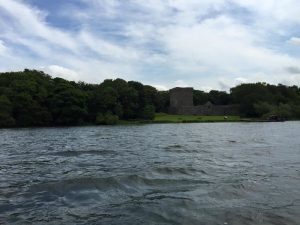 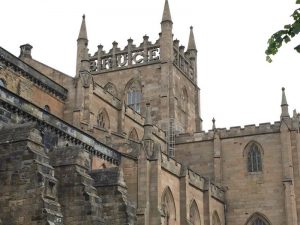 When the excavated here they found (and somehow verified) that they have the tomb of Robert The Bruce, everything but his heart, and boy did they display it big on the addition! Across the top of this church are the words “The Bruce”. Church #20 – Dunfermline Abbey. 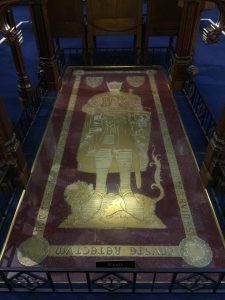 The tomb of Robert The Bruce! Except his heart. They don’t have his heart. 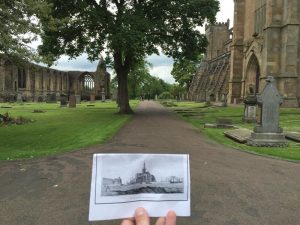 The point of view in this print is impossible. Also part of the church has been added onto. 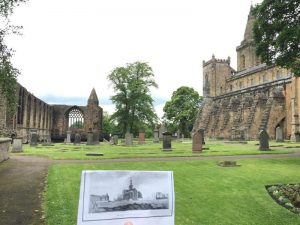 The ruins on the right are gone but this shows what’s in the print – Print #21 -Dunfermline Abbey. 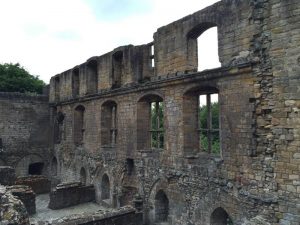 I came to see the Abbey but it turns out they also have a ruin of a palace! Castle #57 – Dunfermline Palace. 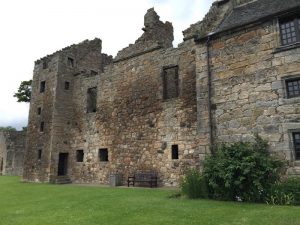 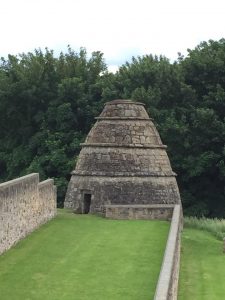 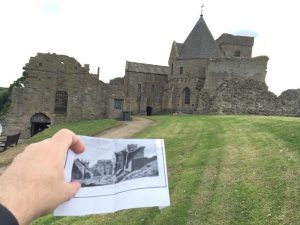 I have two prints of this one so I have to do it but it’s on on island in the Forth and they take you on a 45-minute boat cruise first and then you have a 90 minute stopover on the island. The good news is that I have two prints and I nailed them both!! Church #21 – Print #22 – Inchcolm Abbey. 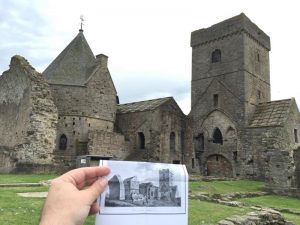 Print #23 – Inchcolm Abbey. It was weird how the ruined wall is read differently in each of the engravings. It almost seems curved in this one. 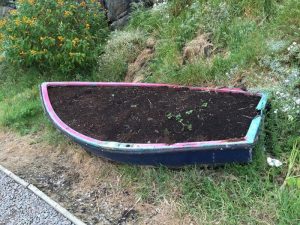 I don’t think this is seaworthy. 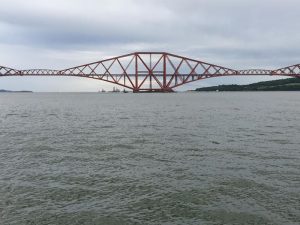 They built this in 1882!!! Historic #14 – Forth Railway Bridge. I should just have a bridge category. 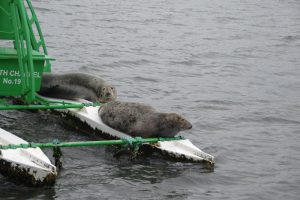 I saw seals but no puffins… 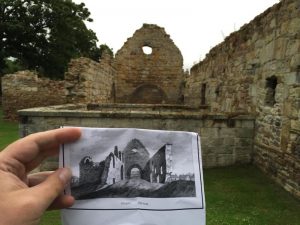 I tried to squeeze one more in before sunset. The place I had in mind to visit was behind very high walls, it is a good one so I will have to go back tomorrow. However on the way to the hotel there was a different one from my list.  With the exception of the fact that it was right next to the Scottish Open (oy traffic!) this one was easy. On one of their information signs, they even had a copy of my print to illustrate the differences! The old St. Andrews Church in Gullane.  Church #23 – Print #24. 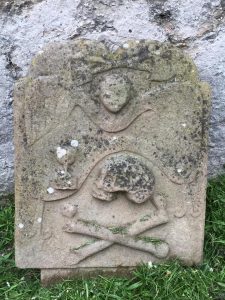 More iconography- look a side skull!! 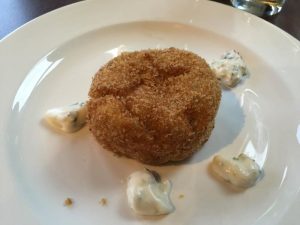 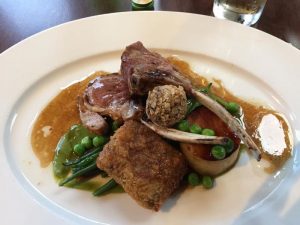 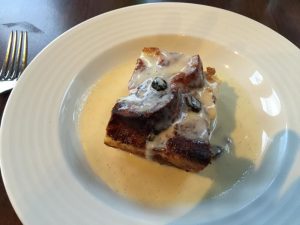 Bread Pudding.
I’m in North Berwick at a surprisingly nice hotel the Macdonald Marine Hotel & Spa (thank you Hotels.com). Tomorrow is going to be insane –  I have 4 prints in North Berwick but more clues than actual locations. The locals are trying to help me with the landmarks and I am going to try and research a little tonight and then just get on with it in the morning.
Scotland 2015 Totals
Days: 18
Prints: 24
Castles: 58
Churches: 23
Historic: 14
Nature: 9
Prehistoric: 8
Map Day 18: Kinross to North Berwick 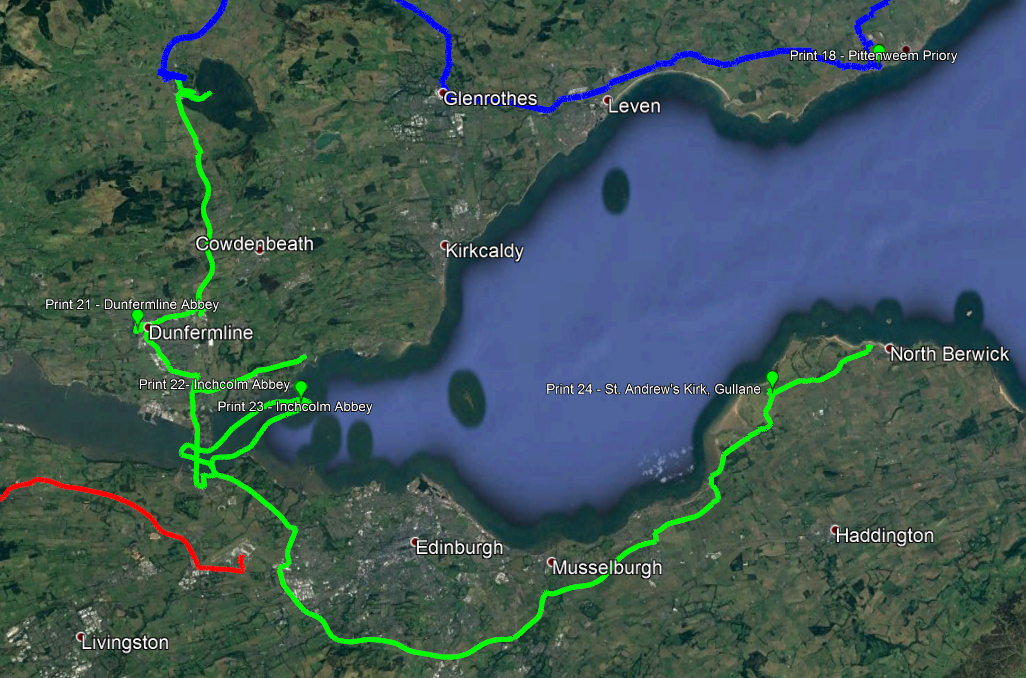 Next: Day 19 from  North Berwick to Dryburgh
Posted in Scotland2015