It is Bastille day! Don’t get excited – we didn’t end up seeing ANY celebrations – no fireworks or nothing.  We were kind of in between things.

The big news is that our next Castle – the Chateau d’Fougères was closing early because they shoot the fireworks from there.

The Chateau is considered one of the largest fortified castles in France.  The fortified part is the distinction.  Like many places we visit it looks better from the outside – where you can see the walls, towers, and even moat (with water).  Inside was a lot of construction, event spaces, and multimedia. 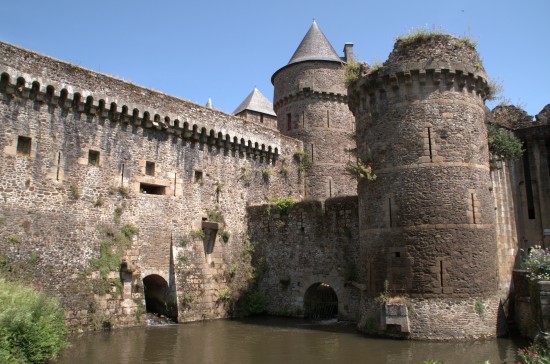 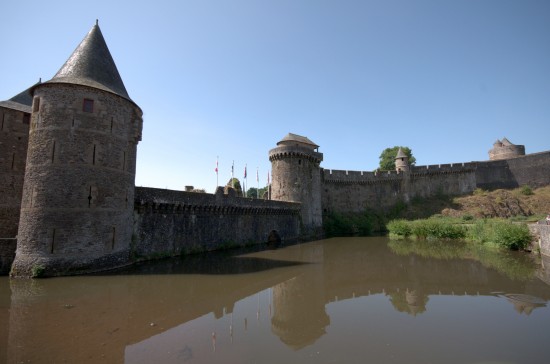 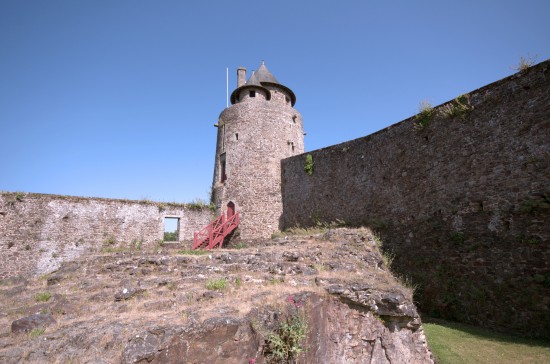 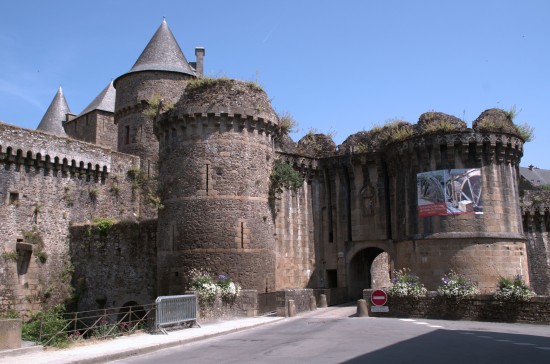 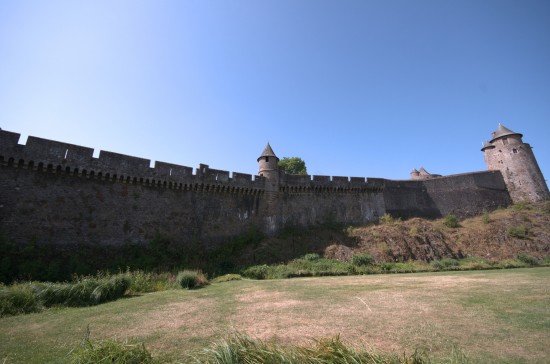 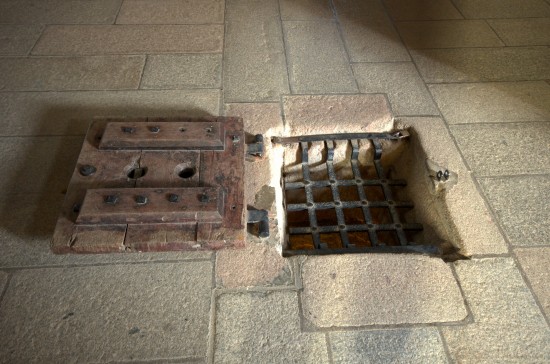 From there we headed to Brittany to see the Chateau d’Comper.  It was originally built in the 13th century. 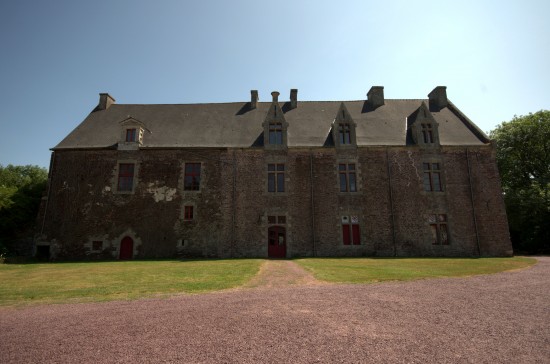 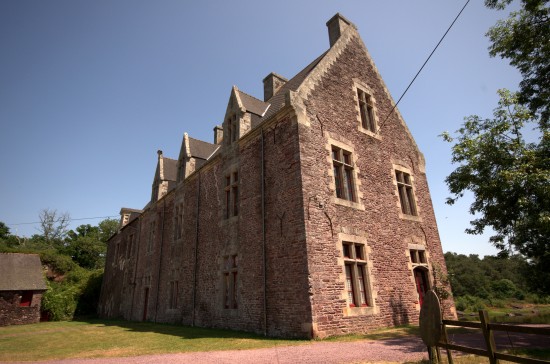 Inside it houses the “Centre de l’imaginaire arthurien” which is this amazingly awful museum of Arthurian legend artwork. I mean they were looping parts of the Disney film The Sword and the Stone and had these displays and posters explaining Arthurian Legend but they were more New Age than informative. 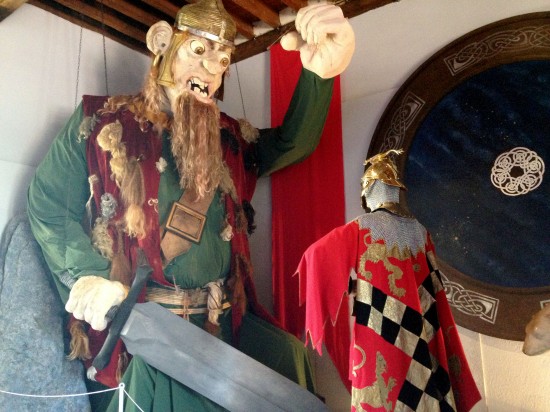 This is the heart of Arthurian legend because behind the castle is the lake that Merlin is said to have built the Crystal Palace for Vivianne at.

That’s right – THIS it the lake the Lady in the Lake lives in: 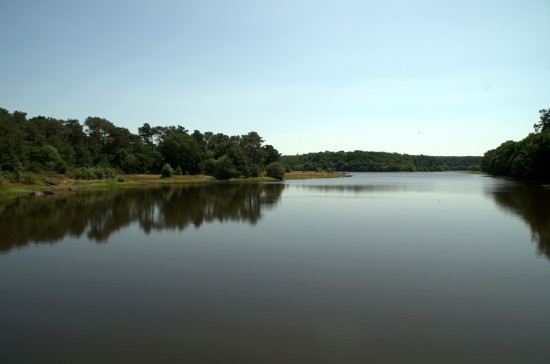 The castle is located right outside the Paimpont Forest which is rumored to be the legendary enchanted forest of Brocéliande also from Arthurian Legend. 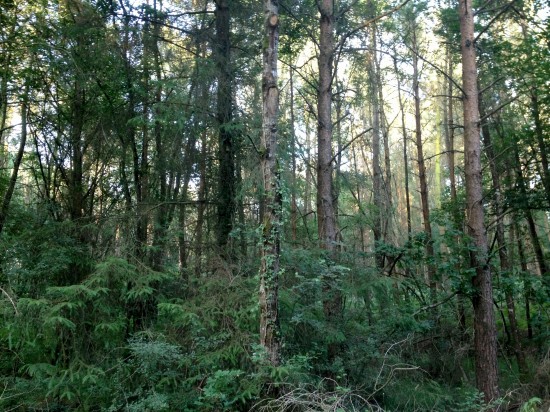 There are several neolithic sites in the forest.  However when we got there we realized this was no place to leave a car with bags – lots of ‘campers’ in the area just staring at people who were pulling up and leaving their cars.  So for the security of the bags – Amanda stayed with the car (she also wasn’t too upset about not hiking through the forest) and I went on ahead with the tripod.  I went down the path and bumped into a lady who said that what I was looking for wasn’t the way I was going so I turned.  Next thing you know… I am lost.  Don’t get me wrong – there are paths – but little ones – covered in leaves and spiders and all sorts of stuff.  So I wandered around and found an access road – which was great and I was safe but I wasn’t near my car and had no idea which way it was.  So I went back into the forest (on another path) and finally after about 2 hours found a very worried Amanda.

She said people kept pulling up – walking into the forest and coming back like 20 minutes later. Weird right? So we went to the big sign map and it turns out I went the wrong direction – I mean the totally wrong direction – it was across the street wrong direction.  So once again I headed off into the forest (this time the other way) and this time there were markers.  I started following the markers and after about 30 minutes ran into to 2 ladies who said that what I was looking for wasn’t there either and that the markers were for something else!  So I turned back. 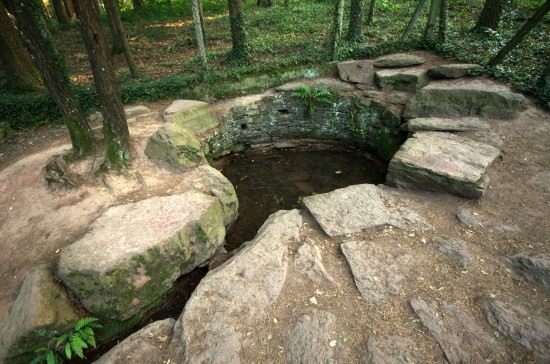 Not far was a clearing where people had stacked stones.  It was very weird.  This was clearly recent because this is the trippy Arthurian forest and it was filled with New Age people. 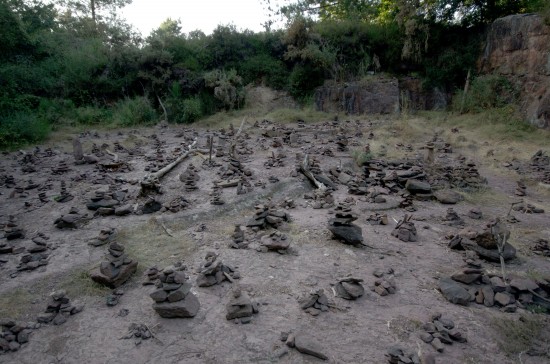 Having totally given up on finding what I was really looking for I headed back to the car and not 500 feet from the car I saw the turn I had missed which led to the neolithic stones (and this weird guy reading a journal with his dog). 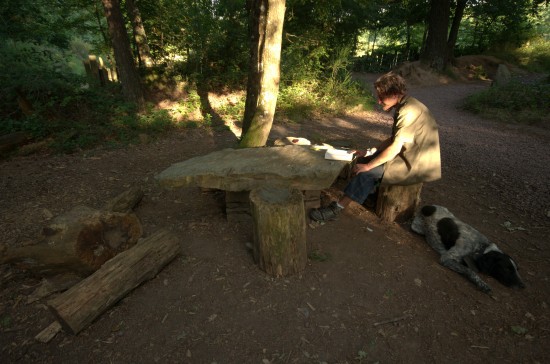 So finally I found it – the neolithic tomb they call Merlin’s Tomb.  Is it neolithic? Yes! Is it a tomb? Yes! Is it Merlin’s?  Well – was that skull a few days ago John the Baptist’s?

People had stuffed little notes in the rock. 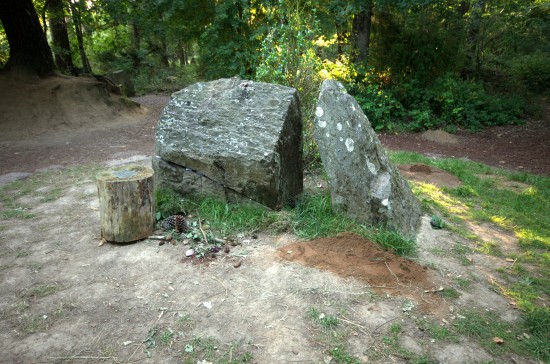 Since the car was in earshot of the Tomb – I got Amanda and she came out and also got to enjoy the Tomb (after waiting in the car for over 3 hours of me being lost). 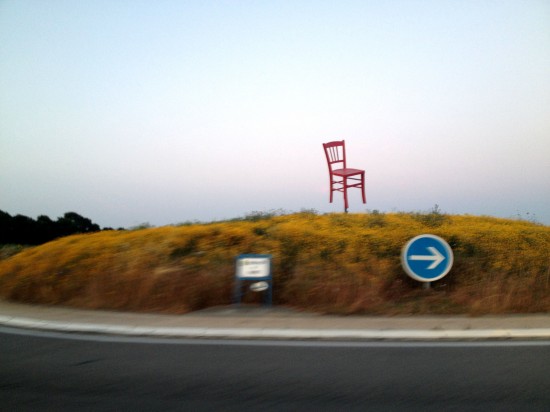 Even though it was Bastille day we really didn’t see any celebration or fireworks – we thought we might see from the road (and ended up driving late because of my forest misadventure).  Go figure.

For the foodies.  A simple breakfast. 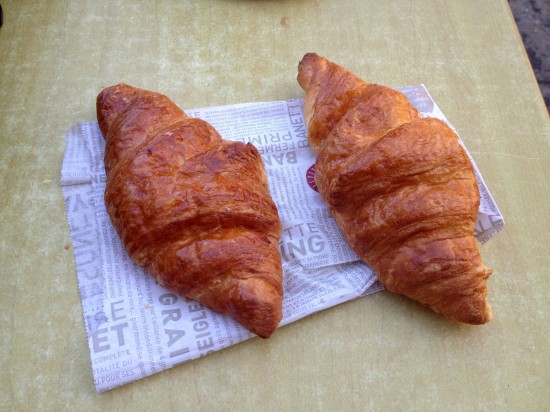 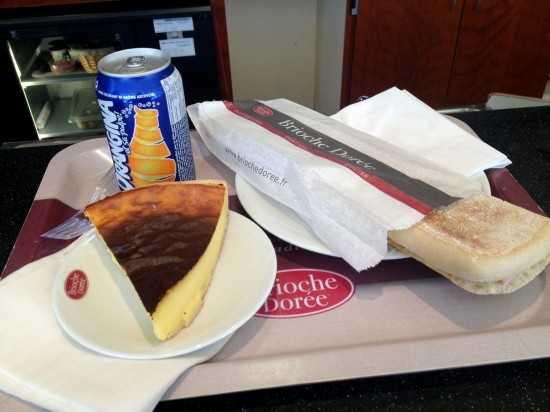 We did stop for a snack and I had a crepe with Creme de Marron which is a sweet chestnut paste.  Very yummy. 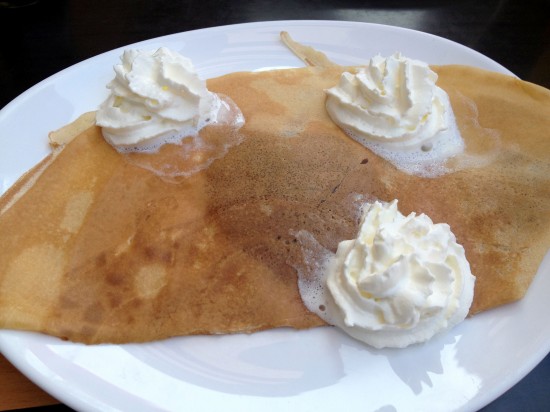 When the driving gets tough – I keep going with Cherry Coke and these little meat sticks. 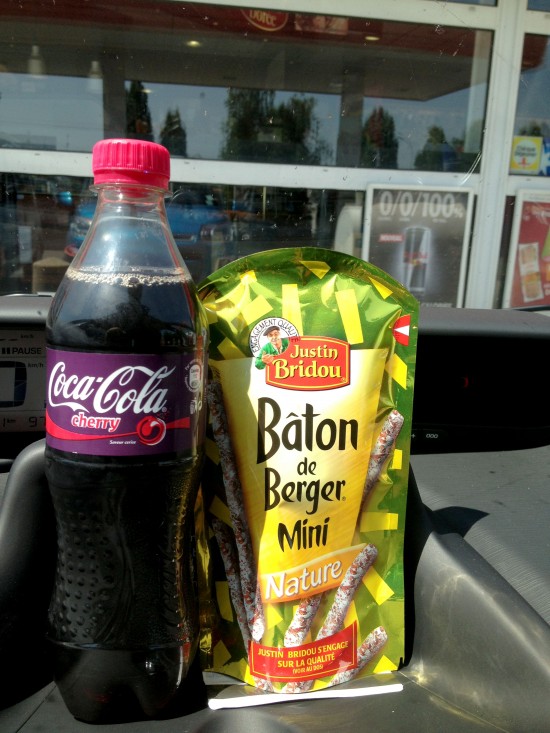 And one last note – when did Papa Smurf start wearing a speedo? 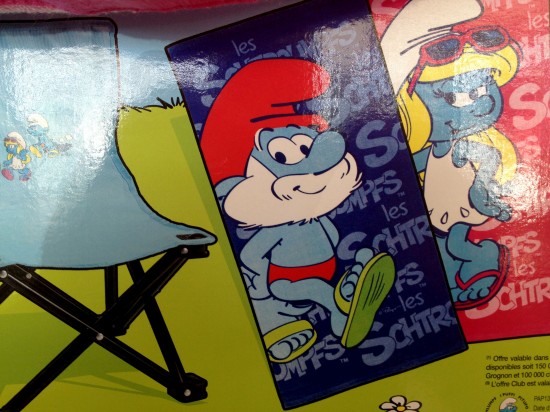 Next stop – the Loire Valley!