“Adventures in France: From Castles to Crepes” is a documentary travel film that takes the viewer on a whirlwind adventure around France as we scour the countryside for history, culture, food, & art. During this four week expedition, we guide the viewer around numerous monuments, castles, cathedrals, places of historic and cultural significance affording the widest possible vision of France. 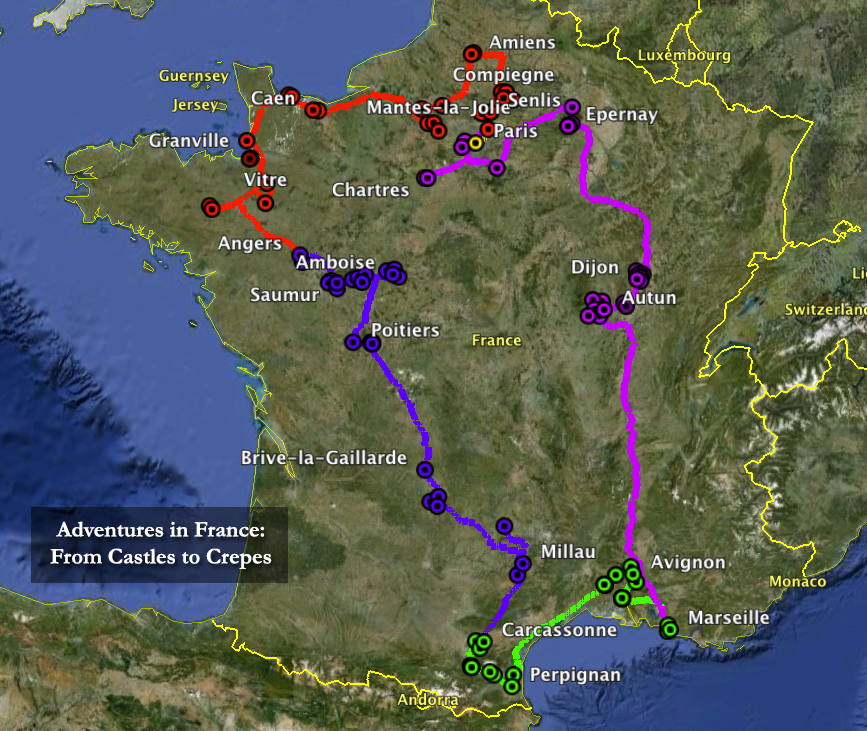 After much fussing and fighting I am very close to announce the next big project – this summer 2013 – France.  But I am not ready to announce just yet – just get ready for the big news!