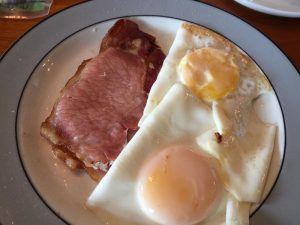 Had my breakfast and am ready for the day! My agenda today doesn’t include any prints. But plenty of castles and Loch Ness and maybe even some whiskey!! 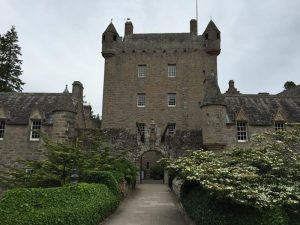 Started the cold and gloomy day here. Lovely gardens and really great conversations. I learned that knights of old would pass each other (hence drive) on left so that their swords would be closest for fighting and that Napoleon was paranoid of being attacked and ordered people pass the other way around! Castle #44 – Cawdor Castle. 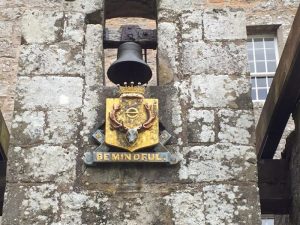 Love their motto! “Be mindful.” I don’t think that deer was mindful. 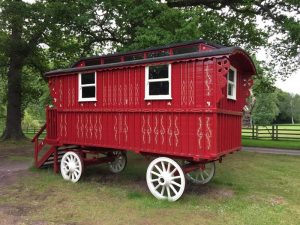 I need one of these! 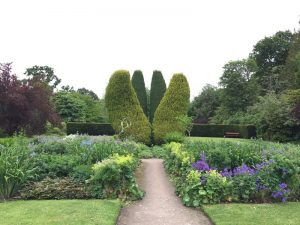 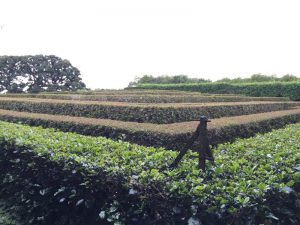 The Hedge Maze must have been for children as the paths were very narrow. 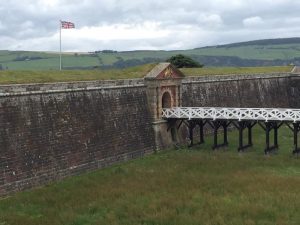 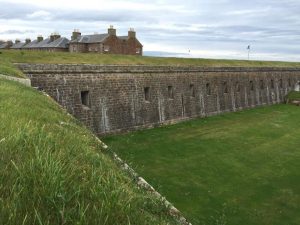 They had the red flag flying, which means don’t go meandering into the fields. And you could hear gunfire/artillery in the distance. 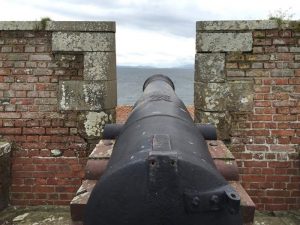 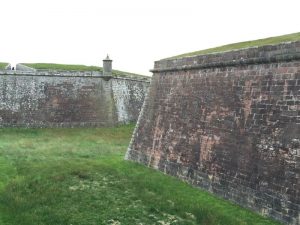 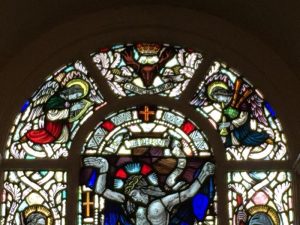 In the chapel at Fort George – the angel in the stained glasson the right has bagpipes!! 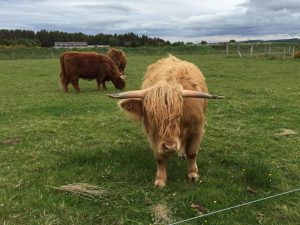 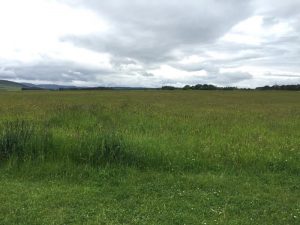 Not much to look at but the last major battle in Scotland was here. It is a very important battlefield, think Gettysburg important. Historic #10 – Culloden Battlefield. 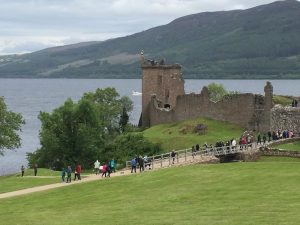 The body of water behind the castle is Loch Ness! I made it. I didn’t see anything in the water but the castle is covered in tourists. And of course it is raining. Castle #46 – Urquhart Castle. 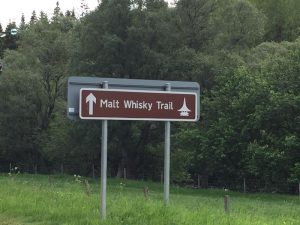 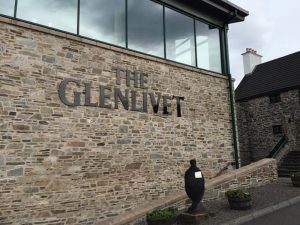 At first, I was just going to go to make my friends jealous. But I think I can put The Glenlivet visit down as Historic #11 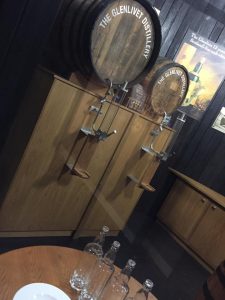 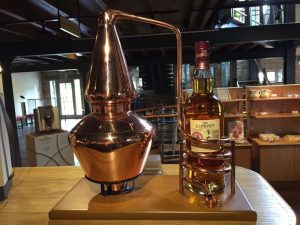 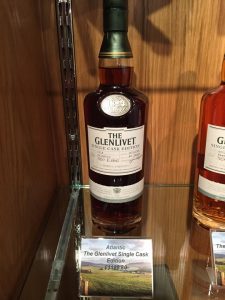 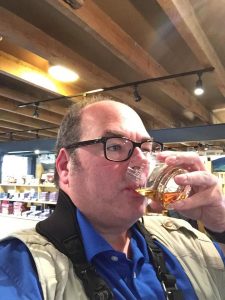 There ya go – I’ve had my whiskey AT Glenlivet!!! 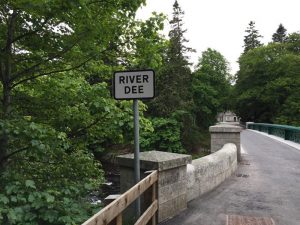 For my friend Dee! 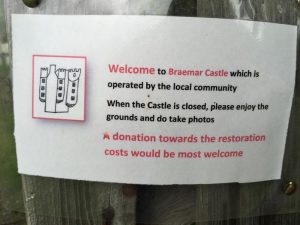 Some castles just make it easy!!! 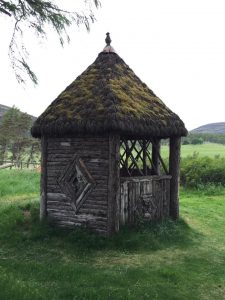 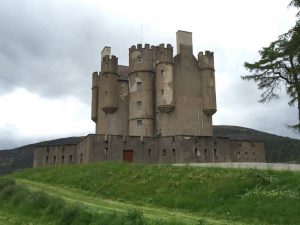 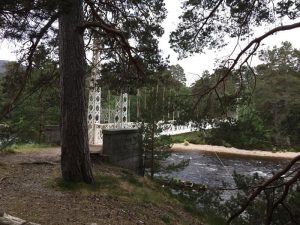 One the way back to the hotel I spied this little suspension bridge. 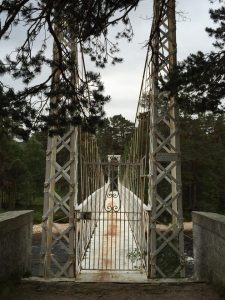 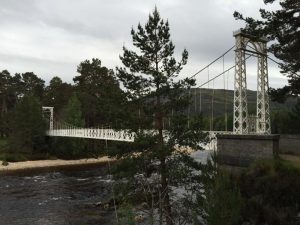 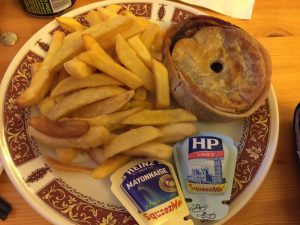 Dinner was takeaway – venison and cranberry pie with chips!

Also a Dr Pepper – it’s been weeks since I had one – no corn syrup – all the soda here is made from sugar!

Finally a hotel with Internet in the room. Strangely enough there was no TV though! For the third night in a row, in three different cities, I am the only guest at the hotel! Oh, the in room Internet sucks!

OK folks that’s day 15. I should get up in the morning and go back to my list BUT I am 1/2 a mile from the Royal Scottish Residence (i.e. the Queen’s vacation home) so I am going to compromise and wait until it opens in the morning but only do the exteriors and then book it! I tried to shoot it tonight but surprise surprise it’s pretty locked down… 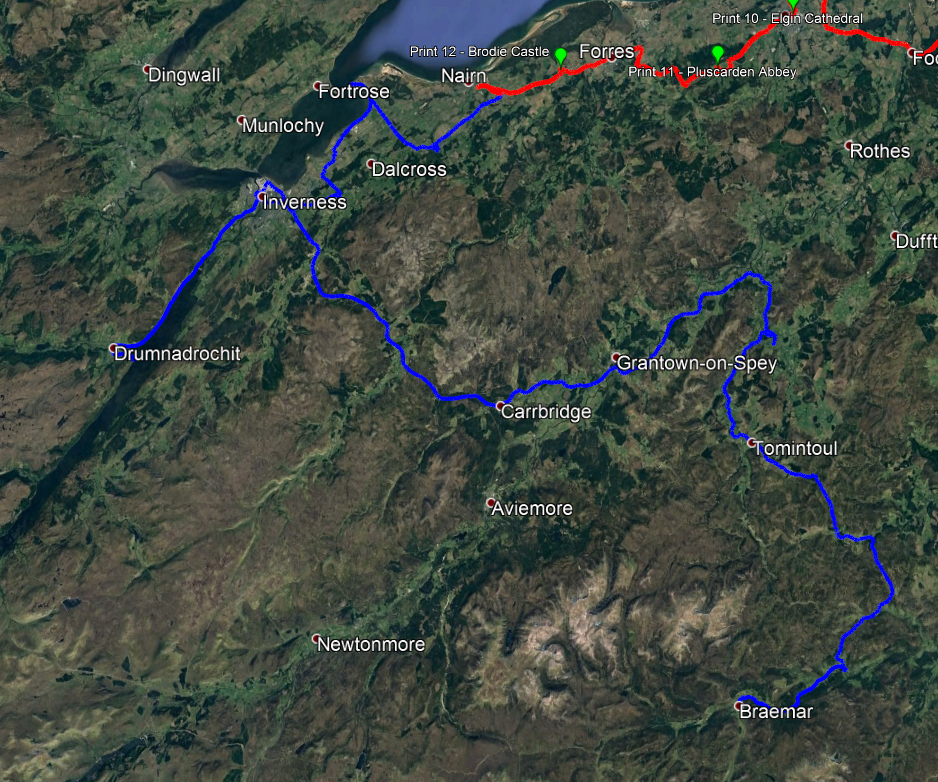 Next: Day 16 from Braemar to Broughty Ferry
Posted in Scotland2015