Day 0 – Travel and the Start of the Adventure

Sorry for the delays in posting the start of the trip – have run into some technical issues.  First – I have been dead tired and yes this is a technical issue as my body needs to function for me to be able to write – second  is the spotty Internet at the hotels.  Hopefully it will get better – I do have a mobile hotspot – but more on that later!

This is technically the ‘Day 0’ entry about the travel itself.  So no castles (or culture) yet!

It is amazing when you think about how much we need to bring on a trip – not only are we going to be gone for 30 days but we are also filming a movie so it is a lot of equipment.  Both Amanda and myself agreed that we would each take only 3 bags – a backpack, a small carry-on suitcase and a single checked bag.  The electronics would be carried on with us for safety sake.  When we got to the airport we found my suitcase was overweight and that it was cheaper to have a second suitcase than to have a heavy one – so Amanda and I did a quick redistribution and got the weight down so no baggage fees (yet) – I think it was the tripod and the batteries that really added some heft. The wireless microphone takes AA batteries and rechargeables are always iffy so  I just packed a lot of batteries – the good news is they won’t be coming back!

My suitcase of technology was going to be fun at security – not only was it filled with cameras and chargers but I also had a bag of spare batteries (which you are not supposed to check) and the quadcopter and transmitter.  The guy at the x-ray machine kept cocking his head and pointing at the screen – rewinding – forwarding and then whispering to his colleagues.  But in the end they did not need to open the bag – go figure.

There was some trouble with the inflight entertainment though: 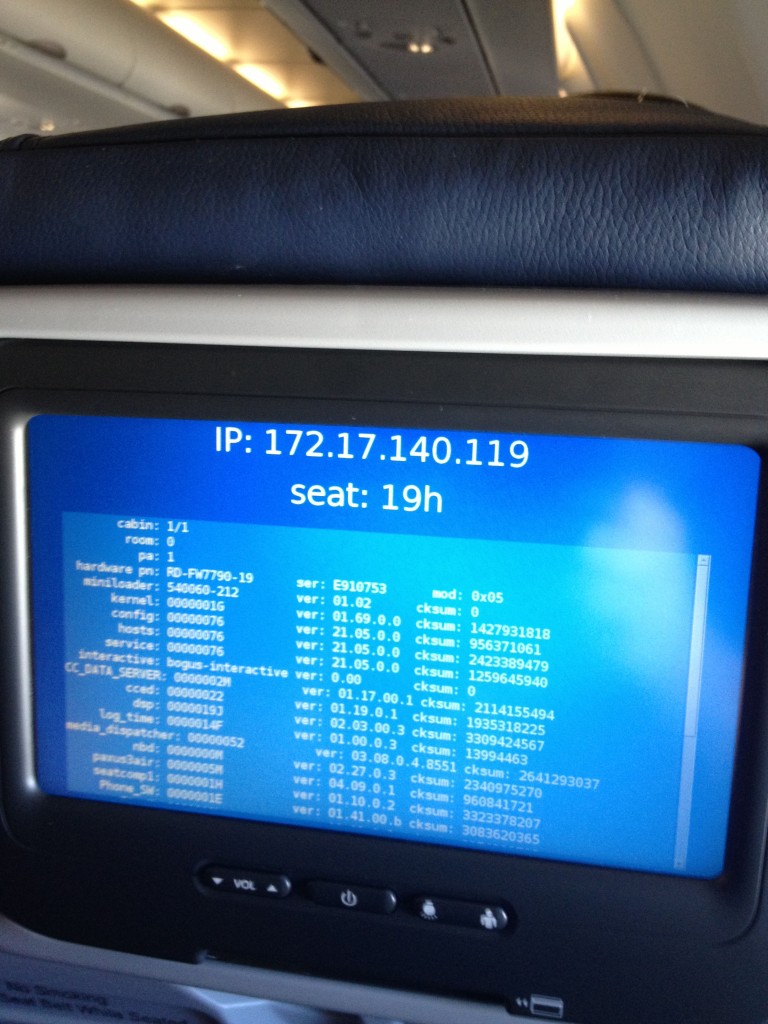 Yes that looks like a blue screen of death on the screen (it isn’t but it’s close)! 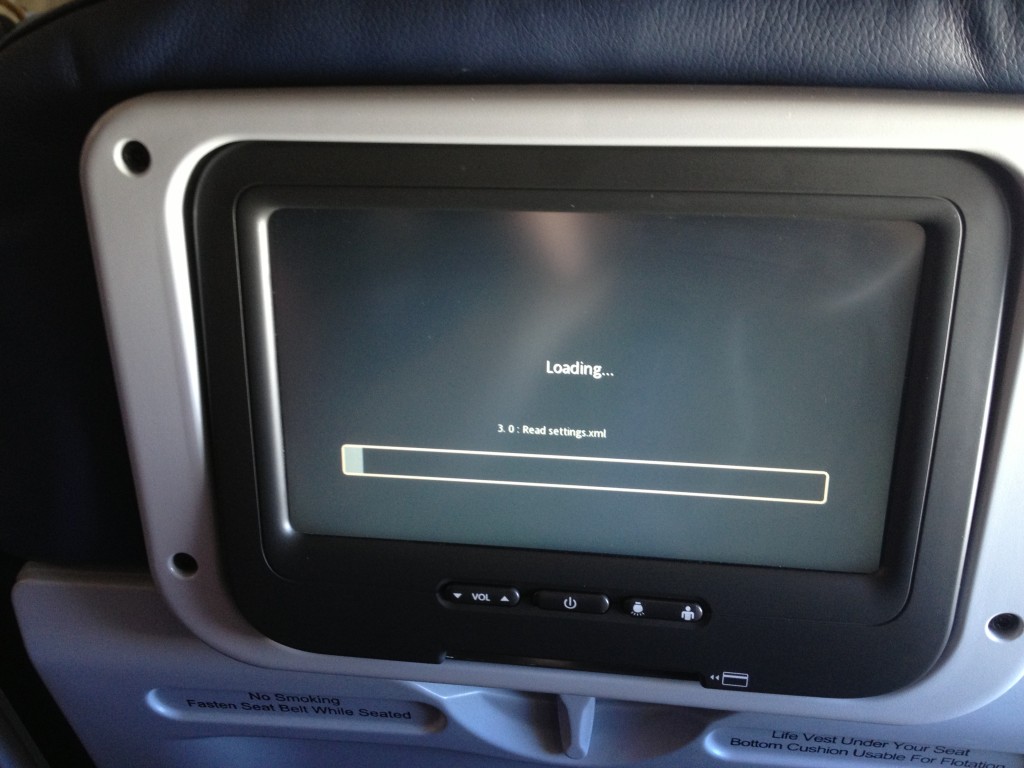 They tried rebooting it for us several times. Amanda’s didn’t work.  In the end we watched a film on my screen using a headphone splitter and then I switched seats with her when I went to sleep – the screen wouldn’t turn off but after a little prompting they gave us sleep masks.

A few days before the trip I got an email from US Air telling me that I could upgrade my meal for $20 to a cold gourmet meal.  I look all over the Internet for reviews and only found announcements and some scoffing – no one had actually tried it.  I figured what the hell.  I got the beef for myself and the chicken for Amanda.  I have to say I thought it was surprisingly good – the spring roll was great and had a little dipping sauce – the beef and noodles were not just tasty but also identifiable! It also came with a little salad (with a single shrimp), breadsticks, cheesecake, and a small bottle of wine.  I would definitely do this again! 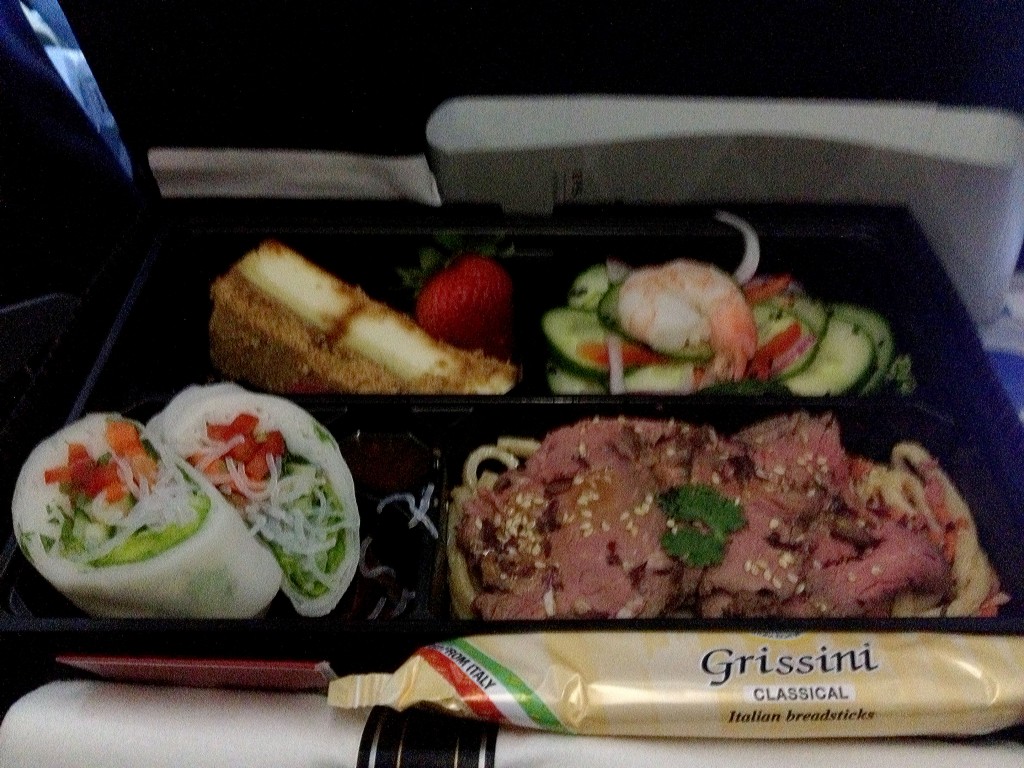 The flight was pretty routine – I slept a little (thank you wine) – and when we arrived our luggage was there (after a little wait).

The car was a real surprise – it is much bigger than I thought!  It has a USB for my iPhone (hello music) and a nice GPS unit.  What is weird is the color – everyone else was getting black or silver and then they pull up in this bright blue car for us.  I love it.  It has taken some time to get used to driving it though – it is an automatic but not like the automatics are at home – it really is a manual car with an automatic shifter and clutch – it drives like a manual car that someone else is shifting.  It also has no Park – you stop the car – put it in neutral and apply the parking break. 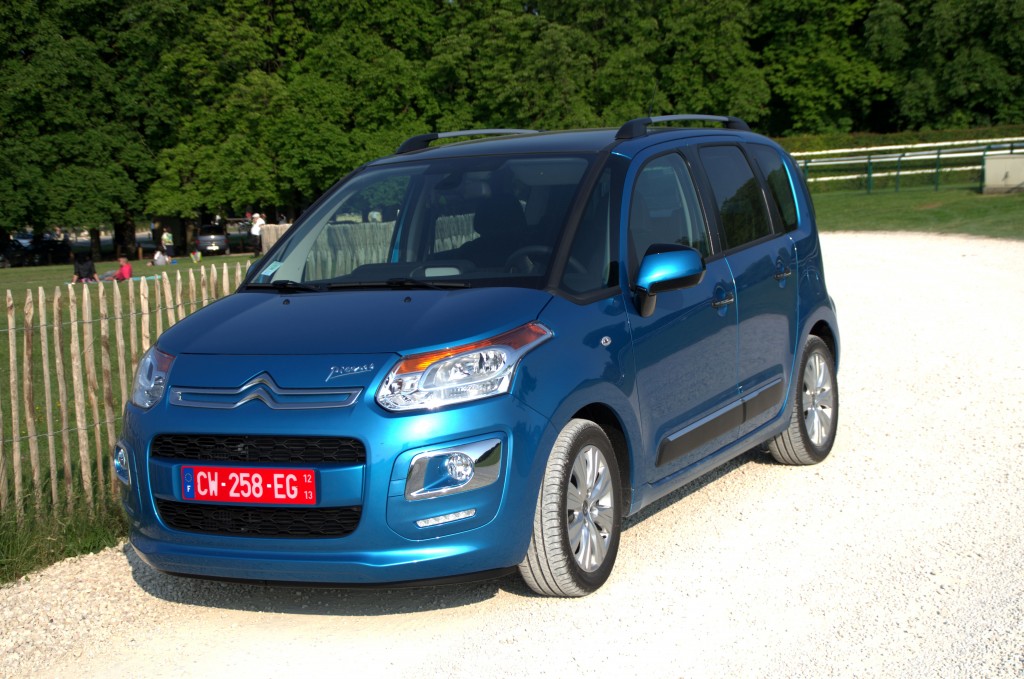 So that’s the ‘transit entry’  we have arrived in France and all is well.

Planning the expedition – Part 3 – The Car